Typhoon Disaster in the Tokachi Region

At the end of May, I visited the Tokachi Plain in Hokkaido. In August, 2016 the area was hit by a series of typhoons. Typhoon Chanthu hit on August 17th, followed by Typhoon Kompasu on the 21st and Typhoon Mindulle on the 23rd. Also, on the 30th, Typhoon Lionrock brought torrential rain. Located at latitude of 43 degrees north, Obihiro had rarely been hit by typhoons. I wonder if this series of storms might have been an effect of global warming.

This region, known as one of the major breadbaskets of Japan, was badly damaged by the typhoons. As I had heard that post-disaster construction work was underway, I visited some of the construction sites, led by my friends from Hokkaido.

At another site, floodwaters, which had caused riverbanks to collapse, had flowed parallel to the main stream, about 100 meters away, creating a new river channel.

At the site of a collapsed bridge, areas around the bridge abutments were eroded. Looking closely at the area, I found that water from the upstream had flowed towards the foundations.

At many sites, it was clear that the primeval rivers, which had meandered across the Tokachi Plain since the old days, had gone on a rampage. This might have been the first typhoon disaster on the Tokachi Plain.

The Largest Breadbasket of Japan

About 150 years ago, the development of Hokkaido was launched under government initiative. The development projects extended towards the north along the Ishikari River to Ashahikawa, using Sapporo as their base. However, the Tokachi Plain, which lay on the Pacific Ocean side, was separated from the Ishikari Plain by the Hidaka mountain range. It was a man named Yoda Benzo from Shizuoka Prefecture who first landed on the Tokachi Plain from the Pacific Ocean. He developed the Tokachi Plain through private sector support. Developing region’s vast wetlands must have been more than a bit challenging. Many people followed the Yoda family. The people of the Tokachi Plain are proud that they developed the land through their own efforts.

After World War II, Nakagawa Ichiro was elected to the Diet and became a strong leader. He urged people to give up growing rice in the cold climate and to shift to livestock and grain farming. It must have been a difficult choice to give up growing rice. As a result, the Tokachi Plain has become the nation’s largest breadbasket and the center of its livestock industry. The region’s food self-sufficiency rate (calorie base) is as much as 1200%. Farming there has also its peculiarities. Due to the small population in a relatively large area, various new programs have been introduced, such as the analysis of up-to-date satellite photos and the sharing of large agricultural machinery.

My friends who were taking me around the reconstruction sites invited me to see the cherry blossoms in town. I was happy to join them. About one hundred people had already gathered in the small precinct of Tsutada Shrine. I prayed for the people’s happiness at the shrine and joined the others. Everyone there from, babies to the elderly, were already having fun. The party began with a speech by the president of the Agricultural Cooperative. There were no cherry blossoms; it was just a Genghis Khan (mutton barbecue) party.

As I was the only participant from Tokyo, I was urged to make a speech. I thought I should encourage the people who had suffered heavy damage from the storms and were worried about their future. I stood up and said to them:
“99.9% of the riverbanks throughout Japan were built in the Edo period. In other words, investment in infrastructure for public safety has a 400 year history in mainland Japan. The remaining 0.1% of riverbanks, built after the Meiji period, are in Hokkaido. Therefore, the history of this infrastructure is only one hundred years long. It is predicted that in 100 years the climate of Hokkaido will be as warm as that of today’s Kanto region due to global warming. At that point, Hokkaido will be Japan’s major food supplier. Therefore, we must continue to invest in safety measures. I hope all of you will unite and work for the region’s safety.”

When I flew out of Obihiro Airport, it was dark outside. I looked at the lights scattered across the Tokachi Plain from the plane’s window. From the darkness, the happy faces of the people at the party came to my mind. 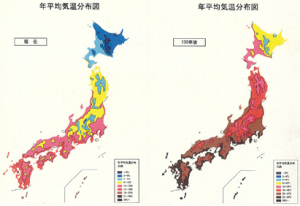 Lecture on the Current Water Situation in ASEAN Countries

On May 29th, representing the JWF, I delivered a lecture on the current water situation in ASEAN countries at a briefing session on environmental protection hosted by the Japan Auto Parts Industries Association (JAPIA).

On May 20, the 66th Flood Fighting Drill in the Tonegawa River Basin took place at Chisaki, Shinkawa-dori, in the City of Kazo, Saitama Prefecture. This drill is aimed at handing down Japan’s traditional flood prevention techniques and raising public awareness of flood prevention. This type of annual event, organized by MLIT and riparian municipalities along major rivers, is conducted across Japan prior to the flooding season. The 66th drill was conducted at the site of breached levees caused by Typhoon Kathleen, which hit the area 70 years ago.

As the ninth-year program, aiming at freeing women from burden of fetching water as well as securing safe drinking water, we have carried out rainwater harvesting tanks installation to 30 households in a rural village, Morrelganj Upazila, Khulna Division, Bagerhat District, Bangladesh.

JWF conducted a human resources development project to strengthen community disaster preparedness in Kolkata, India. The project was carried out in collaboration with a local NGO, Society for Equitable Voluntary Actions (SEVA), supported by the 11th TOTO Water Environment Fund.

Asian cities including India are highly prone to various water-related disasters such as torrential rain, flooding, drought, land erosion and typhoon. They have considerable impacts on the lives of individuals and urban socio-economic infrastructure. Meanwhile, we have seen the frequency and the extent of damage of such water-related disasters keep rising due to global climate change and urbanization along with population growth.
We carried out this project aiming to strengthen community disaster preparedness.